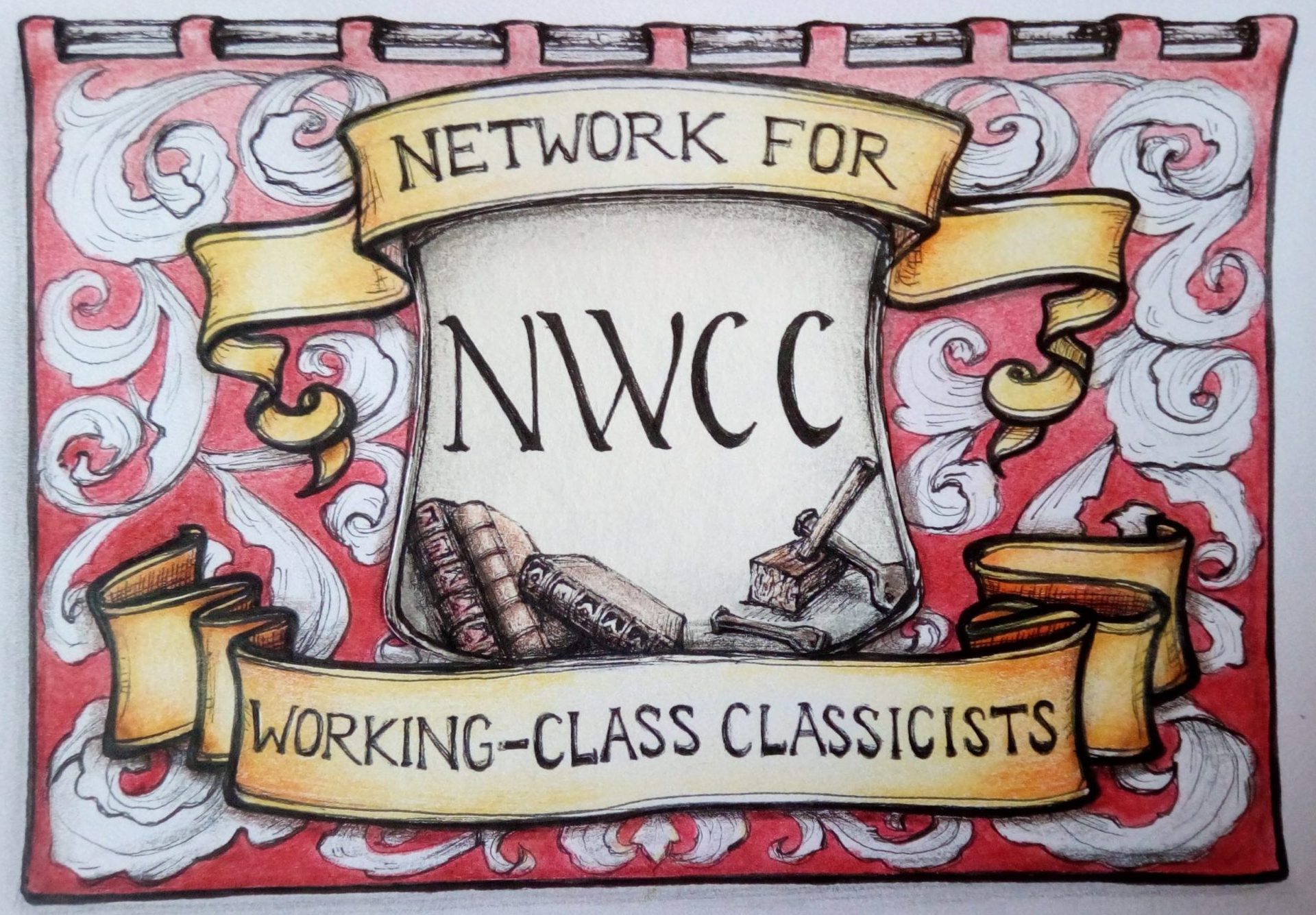 The CUCD Equality and Diversity Report published in 2020 offered a valuable insight into the ‘current state of the discipline’ and has since prompted some productive actions across the UK and beyond. At the outset, the report indicated that its analysis focused on gender and race, as well as acknowledging that its surveys had captured ‘a wide range of protected characteristics and areas of under-representation and disadvantage’ that it did not have the capacity to address fully. The report called for future work to take up this challenge, particularly with regard to intersectional analyses, and we propose to do so on the subject of class.

In line with the UK’s 2010 Equality Act, social class was not included in the CUCD Experience Survey as a protected characteristic and therefore data was not actively captured on potential inequalities surrounding different class experiences. However, without being asked, over 18% of the 294 survey respondents did in fact discuss class discrimination and related socio-economic inequalities in the free-text comments of the survey, including many who indicated their surprise at its absence in the survey questions and requested that further work be undertaken on the subject. Although the CUCD Report did acknowledge that respondents had mentioned class in their answers, this was framed as a form of discrimination experienced by white men (p.19). In fact, the raw data of the survey indicates that over 62% of those who flagged class as an issue also identified as female or non-binary, and over 16% identified as BAME or ‘other’ in terms of ethnic identity. Moreover, comments about class and socio-economic inequality came from respondents across the full spectrum of current employment and educational circumstances, as well as all class backgrounds. The survey makes clear that many members of our community want to talk about class and see action towards addressing socio-economic inequalities across all areas of the discipline.

The survey did not only register instances of (and reasons for) class discrimination. It made an attempt to identify the class background of the respondents. This is not straightforward, but it was done following standard sociological practice: by including questions about the employment of the main earner in the responder’s household during childhood. These questions are similar to those asked in the Office of National Statistics questionnaire, compulsory in the civil service, as well as in the Labour Force Survey. Occupational categories alone do not indicate class, but approximate it, and provide a useful snapshot of the social composition of the discipline.

The resulting ‘behind-the-scenes’ data captured by the CUCD survey makes for some troubling reading for the working-class classicist. Only 10% of respondents described their parents’ work situation as ‘routine and manual employment’ or ‘never worked or long-term unemployed’, which are often used as proxies for identifying working-class occupations. By contrast, these occupations account for around one third of the overall UK workforce (according to national census data). At the other end of the scale, almost 35% of respondents described their parents’ work situation as ‘higher managerial, administrative or professional’, the highest occupational status, which accounts for just 10% of the overall UK workforce. These statistics suggest what we might well have imagined: that the world of Classics in the UK bears little demographic resemblance to the world outside.

When we focus attention on how the numbers above intersect with gender, sexuality, disability and ethnicity, the picture becomes more concerning still, especially when we track this onto career progression. For those who declared that they were a postgraduate student (either taught or research), only 11% also described their parents’ work situation as ‘routine and manual employment’ and none at all described it as ‘never worked or long-term unemployed’. Amongst this group, all also described their ethnic identity as white and the majority did not consider themselves to have a disability. In terms of sexual identity, only a small number identified as bisexual and none as gay. By contrast, those who described their parents’ work situation as ‘higher managerial, administrative, or professional’ accounted for over 36% of postgraduate respondents. Amongst this group, the majority – but not all – still identified as white, but 40% considered themselves to have a disability and over 30% identified as bisexual or gay. It is clear that barriers remain for those who are not white, ‘able’ and heterosexual, and that these barriers become much greater for those from a working-class background.

At the other end of the employment scale, if we examine the demographic data for those who indicated that ‘Professor’ best described their role, we find that only 2% described their parents’ work situation as ‘routine and manual employment’, all of whom also identified as male, straight, and not having a disability. Put another way: not a single professorial respondent to the survey whose parents had held ‘working-class’ occupations also identified as female or non-binary, or BAME, or disabled, or gay or bisexual. As a point of comparison, multiple professors across all gender identities who described their parents’ work situation as ‘higher managerial, administrative or professional’ also identified as disabled (16%), BAME (5%), and gay or bisexual (16%). Moreover, 61% of all professors who identified as female also described their parents’ work situation as ‘higher managerial, administrative or professional’. The top 10% of the UK workforce accounts for the backgrounds of over half of the female professoriate represented among respondents to the survey. The glass ceiling may be starting to crack, but the class ceiling remains strong.

These statistics will come as no surprise to the working-class classicist. They give voice to what some have long suspected. They set into deep relief how essential it is that we bring class fully into the picture for any serious discussion of equality, diversity, and inclusion in the discipline (across whatever axis of exclusion). What could we learn from a new survey, and a new report, designed specifically for the purpose of capturing issues related to class? What would happen if we were to treat class as if it were a protected characteristic under the Equality act? What could we do if social class were firmly on the EDI agenda?

The Network for Working-Class Classicists is now working with the CUCD EDI Committee, to put together a survey that will gather data on class demographics in the discipline. The survey will lead to a report parallel to that on race and gender (and to be used in conjunction with it). A report that will provide the numbers and statistics to capture objective class and questions designed by sociologists to capture our subjective experience of class in the workplace, with an explicit intersectional angle to analyse how these class dynamics intersect with gender, ethnicity, disability, and sexuality.

The first workshop of the Network for Working-Class Classicists (Thursday 22nd April, 2021) focused on the situation in Scotland. It was primarily a platform on which people could share their experiences of class discrimination in the discipline. The reports from participants warned against the alluring myth of progress. As Douglas Cairns put it, for Scottish Classics and class: ‘The bad old days are now’. The second workshop (Thursday 17th June) was a UK-wide event and focused on the question that prompts the new survey: ‘What if class were a protected characteristic?’. The event featured 10 speakers: undergraduate students, teachers at schools and FE Colleges, university faculty, representatives from the 93% Club, the Classical Association, the CUCD EDI Committee, the Classics Teachers Network. As this second sharing of experiences and insights made resoundingly clear, we have found ourselves in a situation where class barriers present themselves at every turn. Where school kids struggle to access Classics and when they finally do, they are often alienated by universities that don’t recognise their struggle. Where accents are seen as a problem and class slurs are rife at all career stages. Where casualisation kicks the working classes out of the game and you can’t find a role model for love nor money. There is a lot to do. But as well as sharing experiences, we shared ideas and plans. With the survey on Class in Classics we are moving forward with those plans. Class may not be a protected characteristic, but it will no longer be a hidden one.

This blog post was originally published on the CUCD EDI Blog on 8th November 2021.